The fate of two central Bristol primary schools hangs in the balance, as proposals to Bristol City Council Cabinet this month plans to see both schools closed and a new one opened in its place.

St Michael’s on the Mount C of E Primary School and St George Church of England Primary School have both had budget issues in recent years causing both schools to become federated with the sharing of a headteacher and resources to keep costs down.

With a steady fall in on-roll numbers, the St George site in Hotwells is now slated for closure. Remaining pupils would be moved to the St Michael’s site in the city centre. This will be part of the permanent closure of both schools with a new one created in their place.

In a report to Cabinet this week – Reorganisation of C of E Primary School Provision in Bristol City Centre – by school admissions head at Bristol City Council Ian Bell, said: ‘Cost saving measures have already been taken including sharing a headteacher and combining a number of year groups so that they can share a teacher. Governors have not been able to find any other savings that would be sufficient to keep both school sites operational. School budgets are directly related to the number of children on roll and it is inevitable that the school budgets will continue to shrink with lower pupil numbers.

‘Governors have considered the issues and options available and do not feel able to provide an appropriate standard of education for local children at both school sites. Moving to one site is the only option available for a school which could be sustainable in the longer term.’

But the report also noted that ‘The proposals will help to secure primary school provision in the city centre for the short to medium,’ casting doubt on the long-term future of the new school.

It also stated: ‘The new school to be opened will also be under significant financial pressure if pupil numbers do not increase from the current combined total.’

There is currently no information regarding what will happen to the George Church of England Primary School site. Background information says: ‘If the proposal is approved, the St George building would initially be considered for other education uses.’

A report responding to issues raised during a 2020 consultation period said: ‘It is hoped that the St George building can continue to provide education provision in some form in future.’ 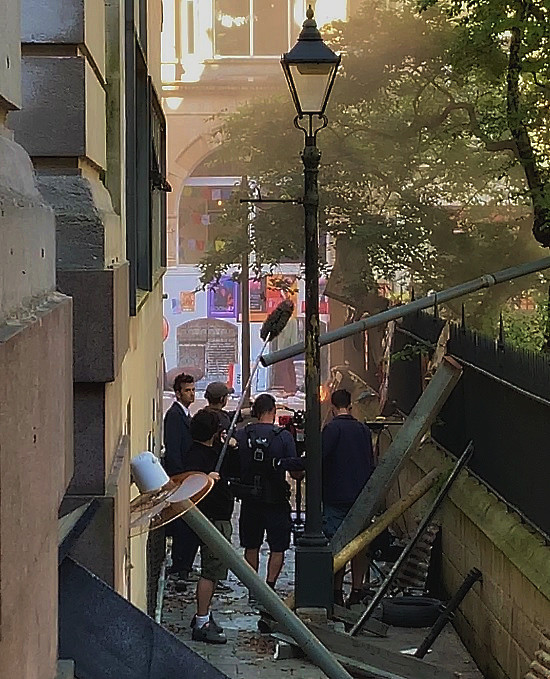 Are all theatres now basically using the Nimbus access scheme? Because you can have a massive serving of Bite Me. Nimbus is apparently an organisation of disabled people. So how did it manage to come up with loads of ableist crap: https://www.accesscard.org.uk/faqs/

Doctor Who Filming Set Up in Bristol
YouTube Video VVVFcUYwYXAtdnlpLXozWUtrNENqc3F3LlBwSW15VkpYazFF

All Saints Lane doesn’t take much dressing to tr

The best place to see the sun setting today is in

Love the view of Weston Super Mare beach from the